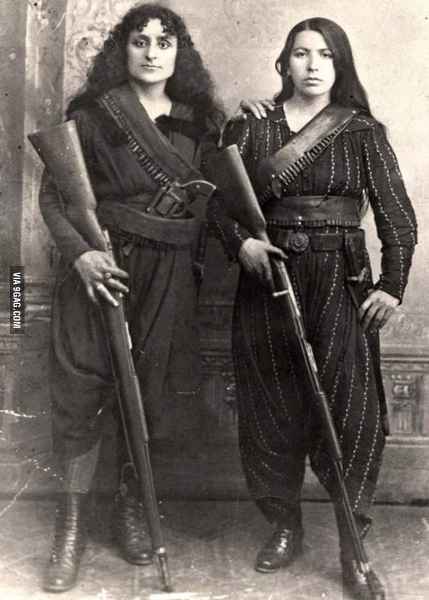 The photo was taken by a Western missionary during the Grand Uprising (Second Zeytun Resistance) from winter 1895-1896. The Armenians from Zeytun, fearing the prospect of massacre, took up arms to defend themselves from Ottoman troops.

Eghisabet Sultanian (on the right) is the great grandmother of musician Derek Sherinian.