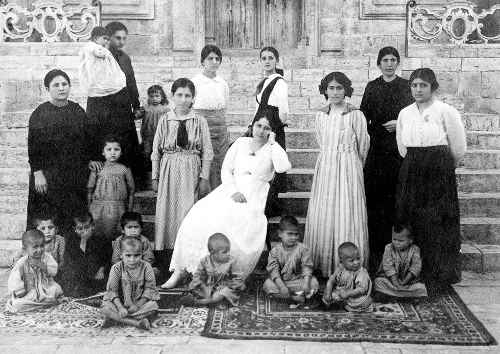 The photo is from late 1918, in front of the old Armenian Church of Kuyucak Mahalle where some Armenian women tend to orphaned children. Many Armenian orphans were lost in Marash (Kermanig) during the Genocide of 1915-1916. Some were found after the Armistice of Mudros ending with surrender of Ottoman Turkey, that was signed on October 30, 1918.