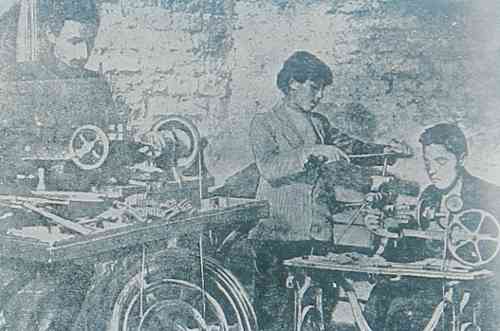 Young Armenians making ammunitions during the Defense of Van.