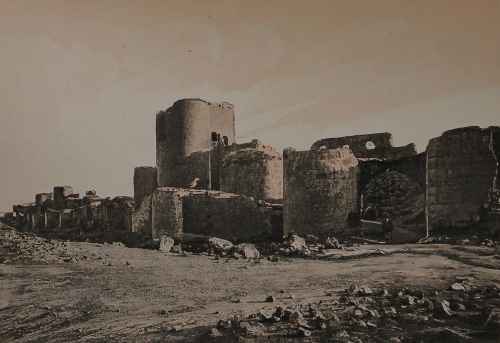 Walls and gateway of the city of Ani from outside, looking East.