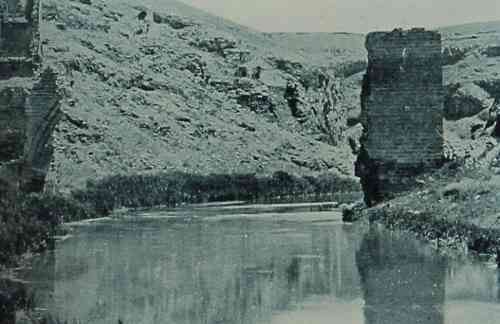 The ruins of the bridge of Ani.