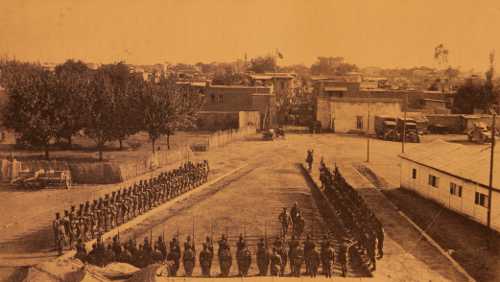 Dismantling of the Armenian Legion in Adana, Ph. Khoren Krikorian.