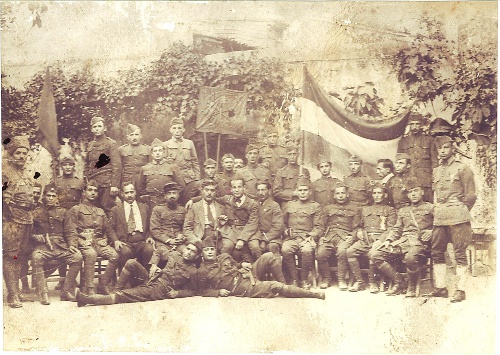 “Here is a photo of a group of gamavor, sometime between 1919 and 1921. My grandfather is in the photo. He was wearing his US Army uniform. He was in Adana and Aleppo and joined other Armenians fighting in Sis. He did not belong to the French legion. He’s in the back row, center, hand resting on another man’s shoulder. His name was Andon Papelian, originally from Kotni village in Sepastia. I wonder if anyone can identify the important looking men in suits in the front of the photo?”