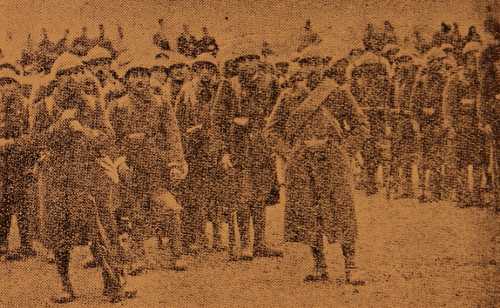 The arrival of Armenian Legionnaires in Giligia (Cilicia), Ph. ARARA.