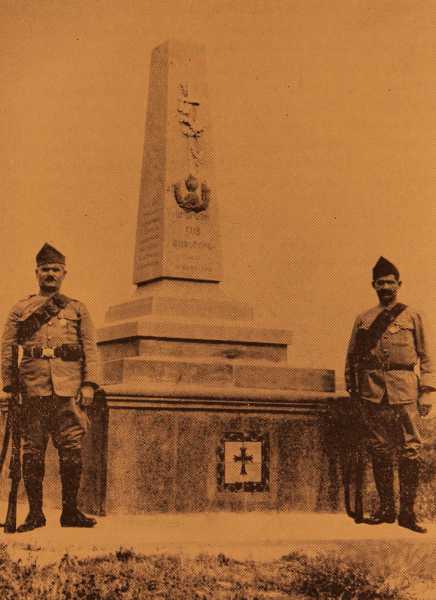 Monument dedicated to the heroes of the Battle of Arara – Jerusalem. On the right Hampartsum Natcherian. Ph. Shahe Vartabed Adjemian.

The Armenian Legion fought the Ottoman Empire in the Battle of Arara on September 19, 1918.