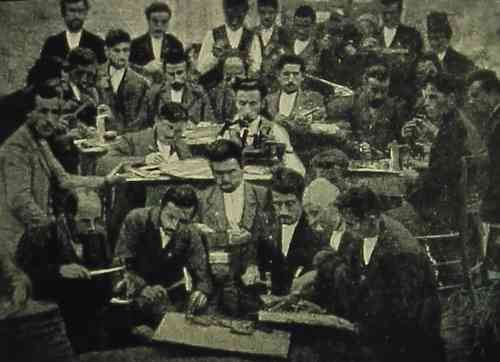 The manufacture of ammunition during the Defense of Van.