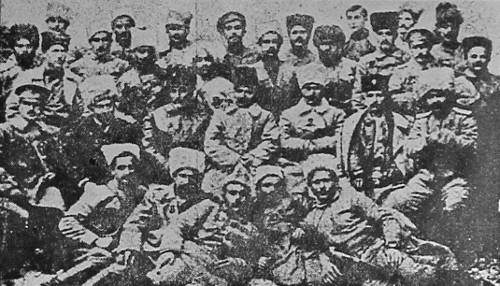 A. Yegarian Group of Defenders of Van with General Antranig in 1915.