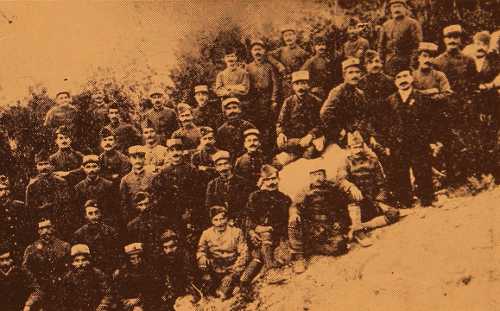 Soldiers and officers of the Armenian Legion. Ph. Zaven Seraydarian.