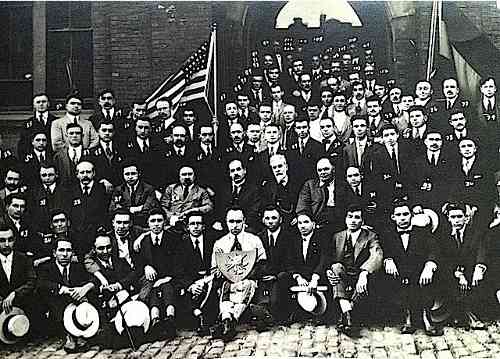 ARF Congress that gave birth to Operation Nemesis. It’s the 1920 Boston meeting where Operation Nemesis was born. This is the center part of the picture. S. Vratzian, Hovhannes Kachaznuni, Armen Garo and Yeghiazar Mooradian are among the attendees.

Operation Nemesis was a covert operation from 1920 to 1922 to assassinate the masterminds (Young Turks) of the Armenian Genocide.